Today, on 1 March, with the JU 470 flight carried out with an Airbus A319, Air Serbia commenced direct flights on the new Belgrade-Geneva route. The Serbian national airline plans to operate flights to its second destination in Switzerland two times a week, on Mondays and Fridays.

The inaugural flight was welcomed with the traditional water cannon greeting at the Geneva International Airport, the second largest airport in Switzerland in terms of passenger numbers, after Zurich airport. On the occasion of the first flight, an official ribbon-cutting ceremony was held, in attendance of representatives of Air Serbia and the Geneva International Airport.

The airport at which the Serbian national airline’s flights will be landing is located four kilometers from the Geneva center, with the north border along the border crossing between Switzerland and France, allowing entry into both countries directly from the airport.

“We are glad that, despite the current circumstances, we had managed to expand the network further and contribute to even better connectivity between Serbia and Switzerland. Keeping in mind that more than 30,000 Serbian citizens live in western Switzerland and neighboring France, we have recognized the need for introducing this route, to provide them with easier access and better connectivity with their homeland”, said Jiri Marek, General Manager Commercial and Strategy, Air Serbia.

Air Serbia passengers can purchase return tickets to Geneva at the starting price of EUR 52, with an additional 50% discount for children’s tickets. As a famous city of the world, located on the biggest lake in Europe, it was planned to be one of the six new destinations announced last year, which was temporarily discontinued due to the coronavirus pandemic.

Monday flights will provide good connectivity from Geneva to other destinations in the Serbian airline’s network scheduled in the midday, such as Athens, Istanbul, Larnaca, Moscow, Podgorica, Sarajevo, Skopje, Sofia, Thessaloniki, Tirana, and Tivat.

Air Serbia recommends that all passengers considering traveling to Geneva check with Switzerland’s diplomatic and consular offices whether they are allowed to travel there, following the latest measures. 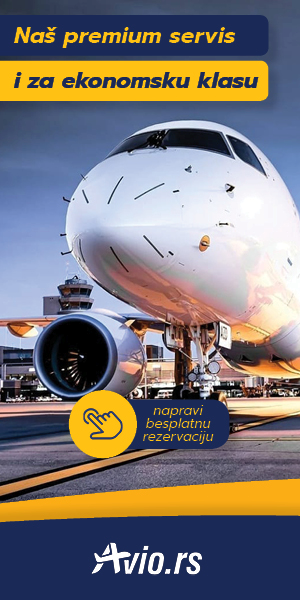